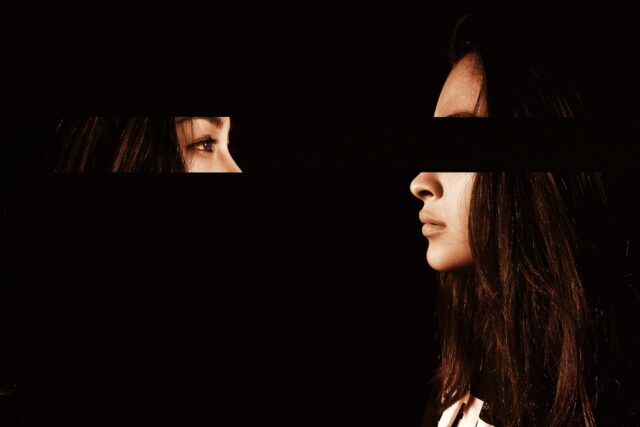 Narcissistic Personality Disorder (NPD)
This is a personality disorder with a long-term pattern of abnormal behaviour characterised by exaggerated feelings of self-importance, an excessive need for admiration, and a lack of empathy. Those affected by this often spend a lot of their time thinking about achieving power or success, or spend a lot of time on their appearance. The behaviour typically begins around early adulthood, and occurs across a variety of social situations and they often take advantage of the people around them.

The person with NPD can usually display arrogance and a distorted sense of superiority, and they may seek to establish abusive power and control over others. They will value themselves over others to the extent that they will openly disregard the feelings and wishes of others, and expect to be treated as superior, regardless of their actual status or achievements. As the person with narcissistic personality disorder usually has a fragile ego, they will belittle others in order to validate themselves.

They can be controlling, blaming, self-absorbed, intolerant of others' views, unaware of others' needs and insist that others see them as they wish to be seen. Narcissistic individuals use various strategies to protect the self at the expense of others. They tend to devalue, derogate, insult, and blame others, and they often respond to threatening feedback with anger and hostility. People that suffer from NPD are hypersensitive to perceived criticism or defeat, so are prone to feelings of shame, humiliation, and worthlessness over minor incidents and can therefore mask these feelings from others by isolating themselves socially, or they may react with outbursts of rage, defiance, or by seeking revenge.

Narcissistic Victim Disorder
Narcissistic Victim Abuse is abuse that has been caused by someone suffering from NPD. The NPD is often not medically diagnosed, so the illness goes undetected in society (home, work-place, organizations, social settings) and the victim’s plight goes unrecognised.

With an inflated sense of their own superiority, power and control, the narcissist renders themselves susceptible to all sorts of obsessions, compulsions, and addictions, for example, addiction to, grandiosity, control, power, rage, perfectionism, attention, fame etc. The devastating impact of these addictions on their significant others can result in Narcissistic Victim Syndrome. Most victims have no idea about what has happened to them as the abuse is covert, cunning and indirect and Narcissists go to great lengths to avoid being observed publicly as being abusive. The Dr Jekyll and Mr Hyde behaviour creates fear, distress, confusion, inner turmoil, and chaos for the victim and the constant ‘walking on eggshells’ and attempting to avoid conflict can be crippling and confusing. This can then cause the victim to enter a dance with narcissist of co-dependency so that the victim becomes a pleaser/fixer and the narcissistic becomes the taker/controller.

Symptoms
Victims that suffer from Narcissistic Victim Disorder tend to ‘dissociate’ or detach from their emotions, body, or surroundings. Dissociation becomes an automatic coping mechanism against overwhelming stress as control is always used.
Victims will often internalize that something is wrong with them and that they deserve the kind of abuse that is being handed to them, and then resign themselves to their fate. They may not have reached their potential in their personal or professional lives because they always have to stand in the shadow of their aggressor and learn to live in their shadows without knowing why.

Victims of narcissistic abuse will often appear uncertain of themselves, constantly seeking clarification as to whether they have made a mistake or misheard something. Confidence may also be so low and they may struggle at making simple decisions.

Gaslighting is a technique of psychological abuse often used by narcissists where they instil confusion and anxiety in their victim to the point they no longer trust their own memory, perception or judgment. With gaslighting, the victim initially notices that something happens that is odd, but they don’t believe it. Gaslighting then come into effect to defend the victim’s fight against the manipulation. Confusion sets in after comments made by the narcissistic such as: ‘You’re too sensitive’, ‘You’re crazy’, ‘You’re imagining things’ or ‘I never said that.’ Gradually, the victim cannot trust their own perceptions and doubt themselves. This often leads to depression. Broken and unable to trust themselves, they isolate themselves further. The victim now doubts everything about themselves, their thoughts and opinions, their ideas and ideals. They again become co-dependent on the abuser for their reality.

Education is key
Victims need validation and education about what has happened to them. They need information about the medical condition of Narcissistic Personality Disorder and its toxicity in relationships. They need education about how they have contributed to their situation through co-dependency. They need therapy to deal with this lifelong symptoms and need support to remove themselves from their narcissistic relationship, and need to learn to not repeat the cycle of abuse in their next relationship. One of their greatest challenges may come from not being believed by significant others, either because these others have not seen the private face of the narcissist or because they themselves are in the narcissist’s deception.